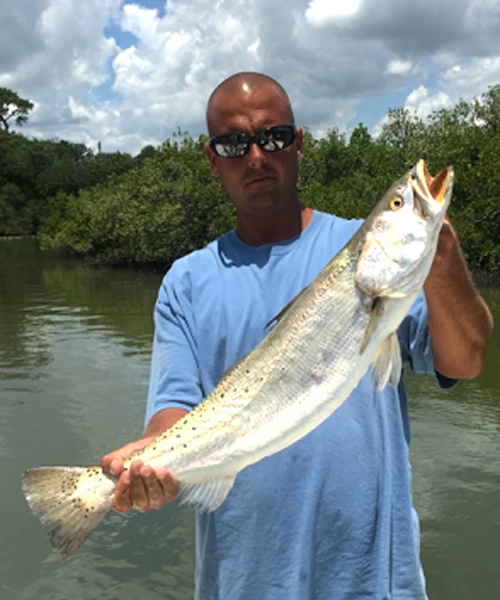 Members of the Drum Family of Fishes
Like Redfish, the Spotted Sea Trout is not a member of the Trout family but of the Drum family. Their long slender bodies gives the appearance of a Trout but as we know, these misnomers are common in the world of fishing. 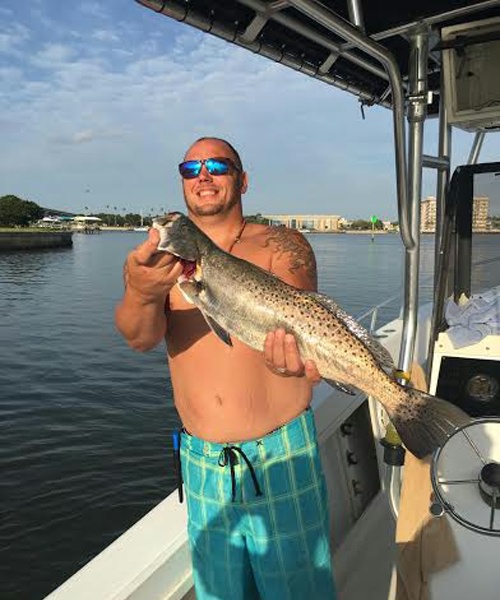 They can also be caught nearshore, along the surf and particularly near jetties and Ponce Inlet just south of Daytona Beach. These nearshore Spotted Sea Trout often come further inshore for shelter during cold weather. Spotted Sea Trout are commonly found in saltwater estuaries throughout the southern United States along the coasts of both the Gulf of Mexico and the Atlantic Ocean.

Captain John of Floating Time Charters is aware of all current Florida and federal fishing regulations. Here are the latest Spotted Seatrout Fishing Regulations in Florida.